We were recently contacted by a gentleman named Rich Carpenter about a different style of kestrel box that he's used on his property for about twenty years. Rather than the wood most nest boxes are built from, Rich's "boxes" are built from sections of galvanized steel sheet metal 12" round furnace duct pipe painted light gray or light tan. He reports that the boxes are lighter, easier to maintain, more durable, and cheaper to construct than the wood boxes he used previously. Though he originally designed the metal boxes for Wood Ducks, he reports that both American Kestrels and Eastern Screech-owls have also successfully nested in them.

Rich reports that he lives in an area where it's not uncommon to have a week of temperatures in the 90s during the day and occasionally as high as the low 100s, but he reports that he's never lost a chick to overheating. The design might not work for those living in areas with extreme heat or extreme cold, and it's also worth noting that boxes placed in wood duck habitat are likely getting more shade than those purpose-installed for kestrels. But we certainly wanted to share his design in case anyone in the proper climate might want to give Rich's design a try.

If anyone has ideas on how to alter these boxes to make them more kestrel-specific, or has tried something similar and can provide feedback, we'd love to hear it. 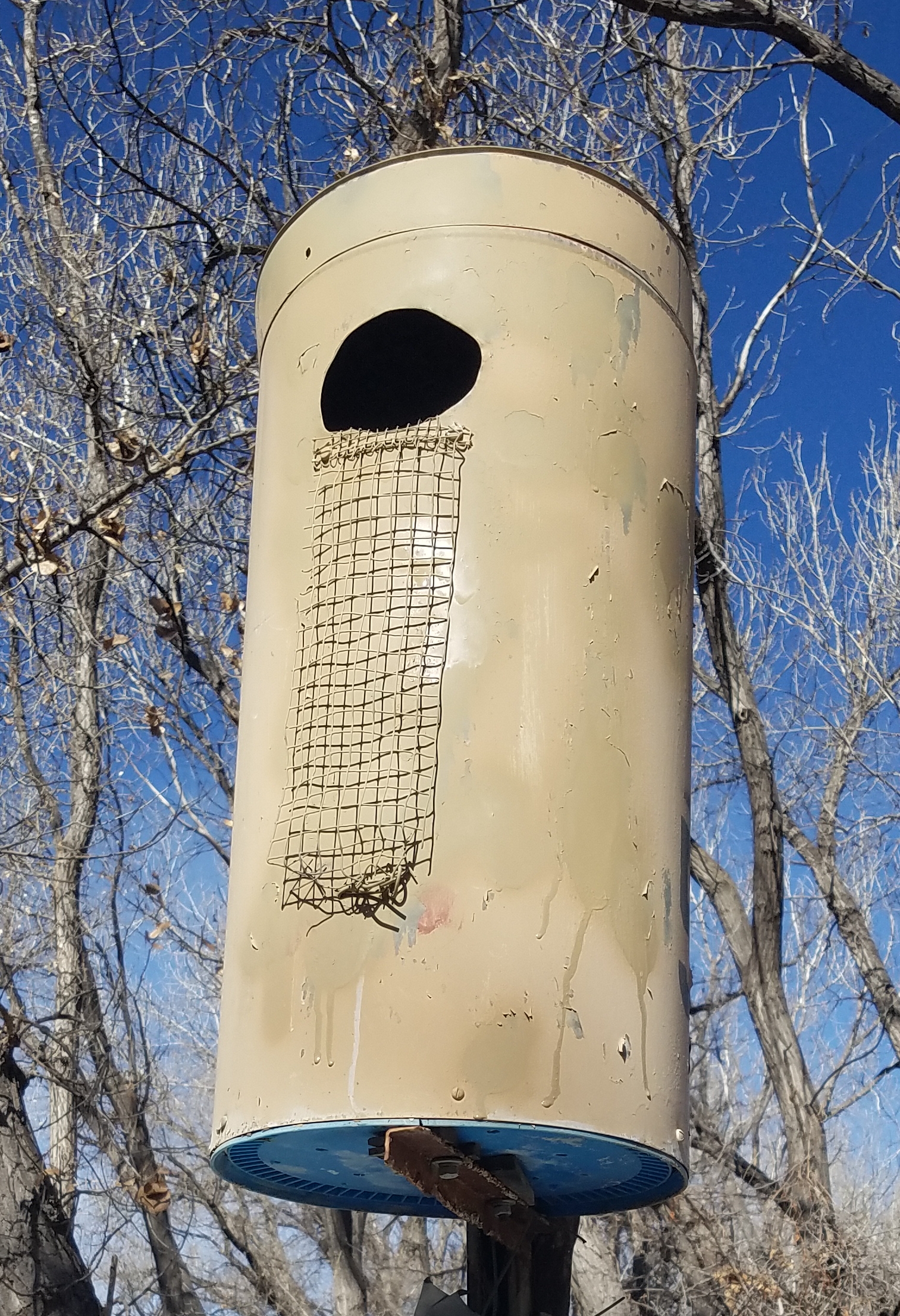 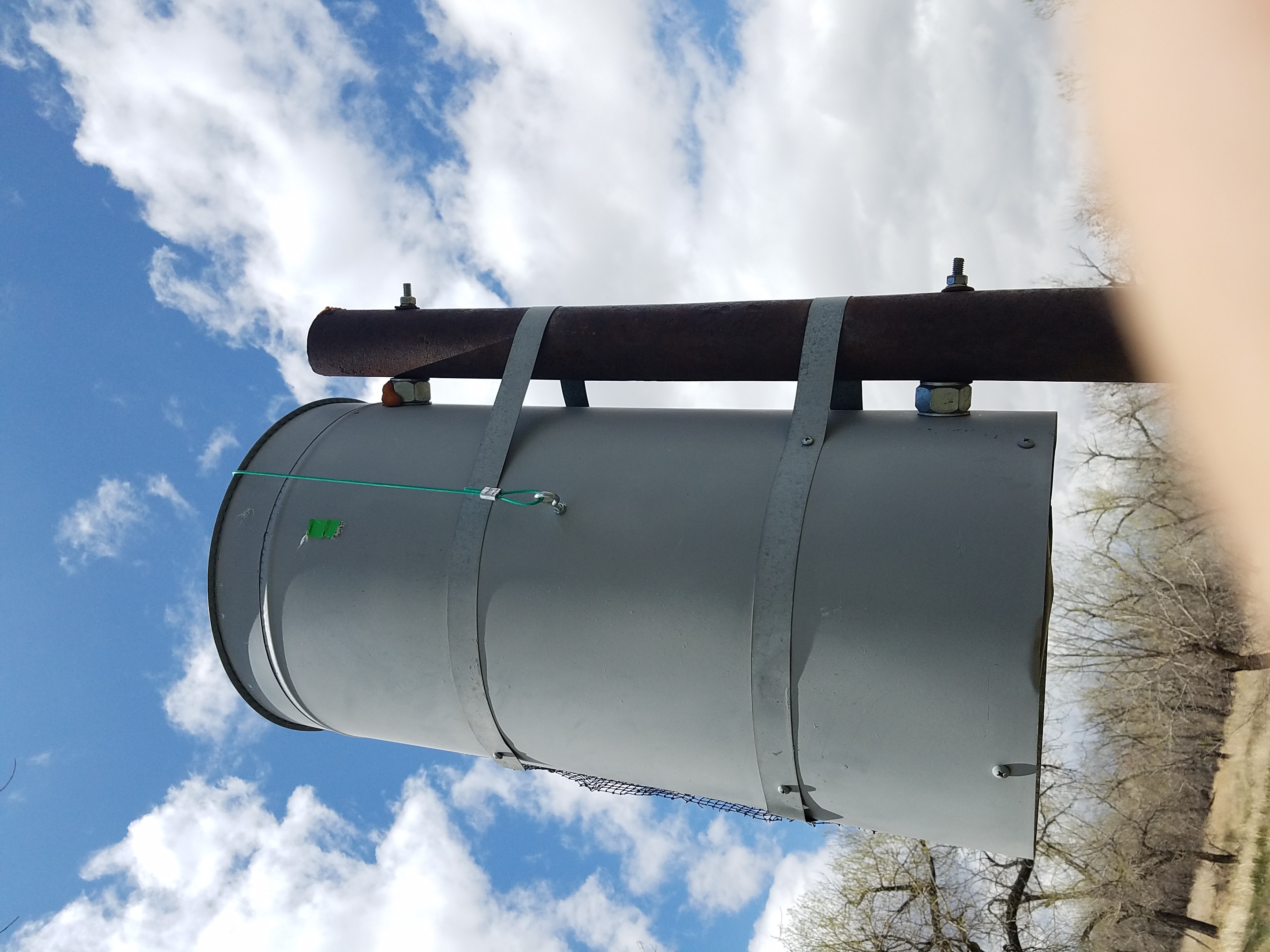 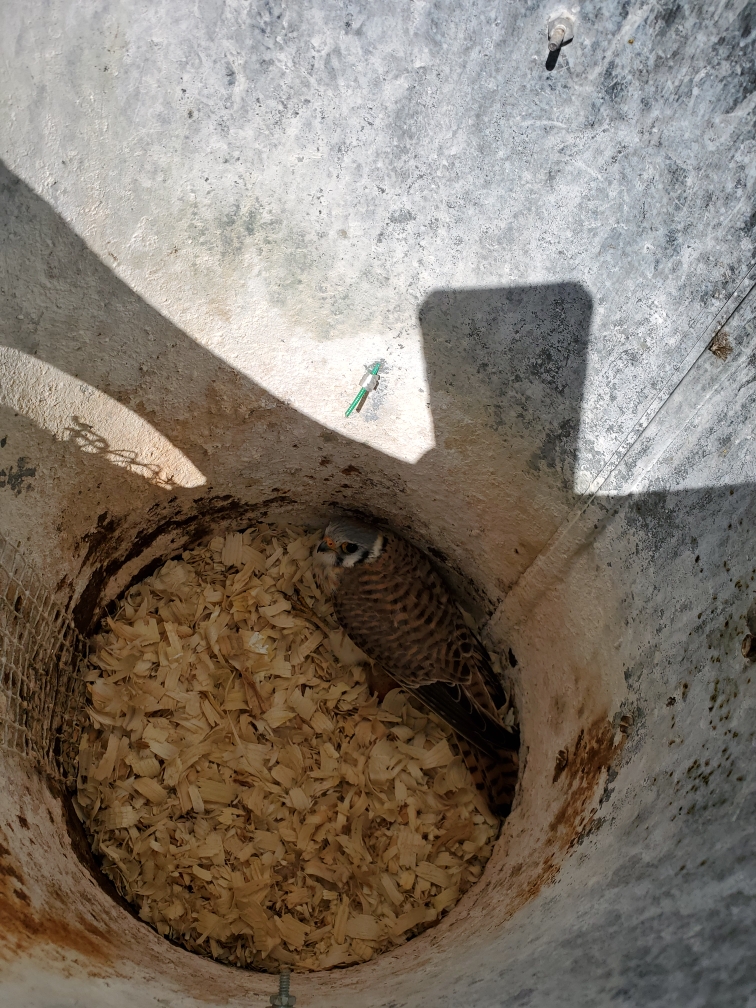 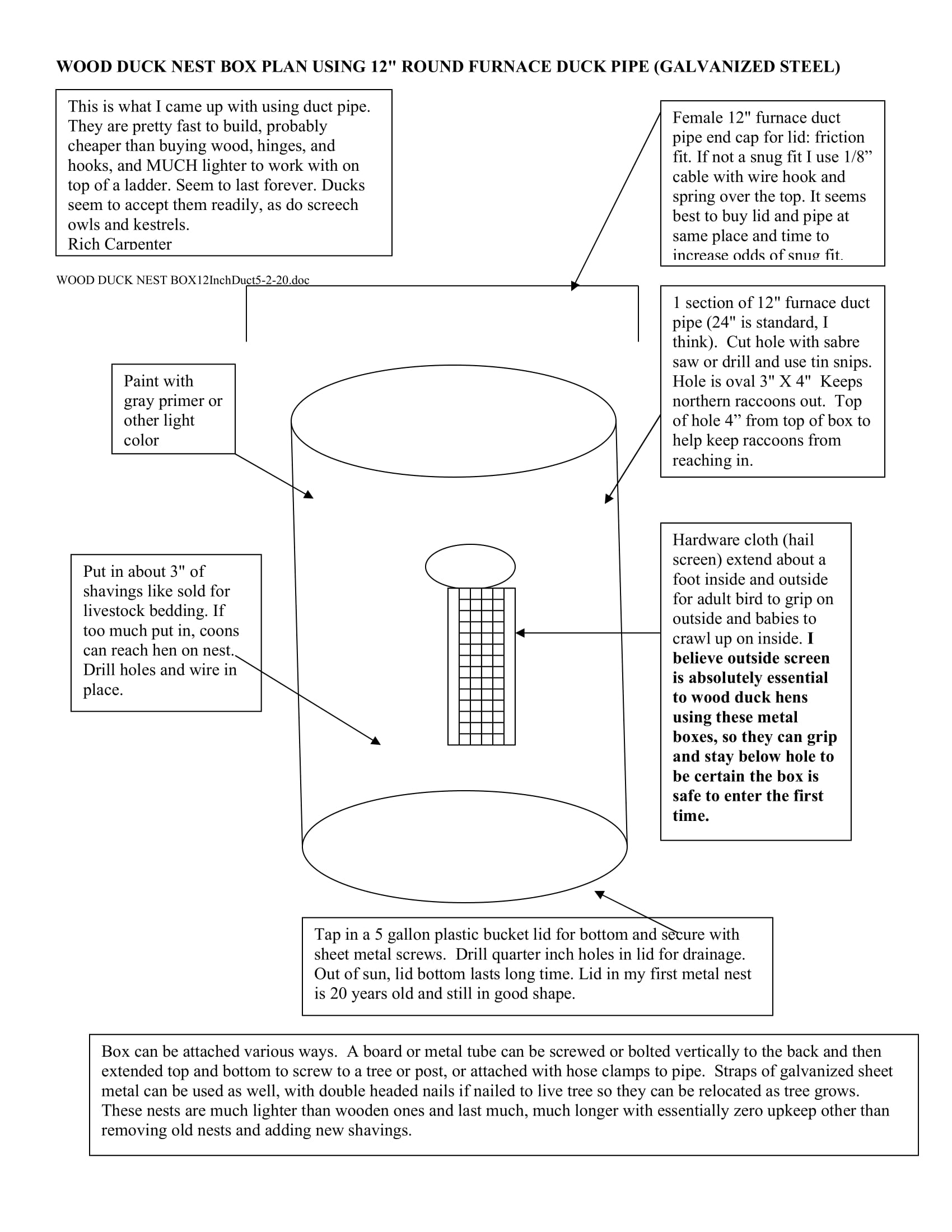 These 4 photos were taken today.  Of the 17 wood duck nest boxes on 80 acres of river/creek bottom in eastern Colorado, 5 have been used by kestrels this season. These 4 with young in various stages and a fifth box where the young just fledged recently.  Two of the 5 kestrel nests this year are in old wooden wood duck boxes and 3 of the nests are in the metal furnace duct pipe wood duck boxes that Matthew posted the plans for in first post in this thread. Any boxes I make now are my metal nest design and make no more wooden boxes.

It has been hot down on the South Platte Riverbottom recently with a number of days in the mid to upper 90’s. Today was forecast to hit 100 degrees.  I didn’t look at the thermometer as I had to be on the open tractor running brush hog after checking nest boxes.  : )   The picture with 5 chicks still all white down are in the metal nest that is pictured in post #one with the plans. This box has been in use, with no maintenance needed, for right at 30 years. This is the first year it’s had a kestrel rather than a wood duck use it. I think it’s the bird that used another metal box next to it for years, which was in use by screech owls this spring. So thinking it moved next door.  After screech owl left, put in new shavings and now has a wood duck, probably the one that usually uses the box with the 5 kestrels.  Most years have more kestrel nests with 2 or 3 eggs than 5, but so far this year it’s been either 4 or 5 eggs and all have hatched.  More boxes used by kestrels this year than ever before. 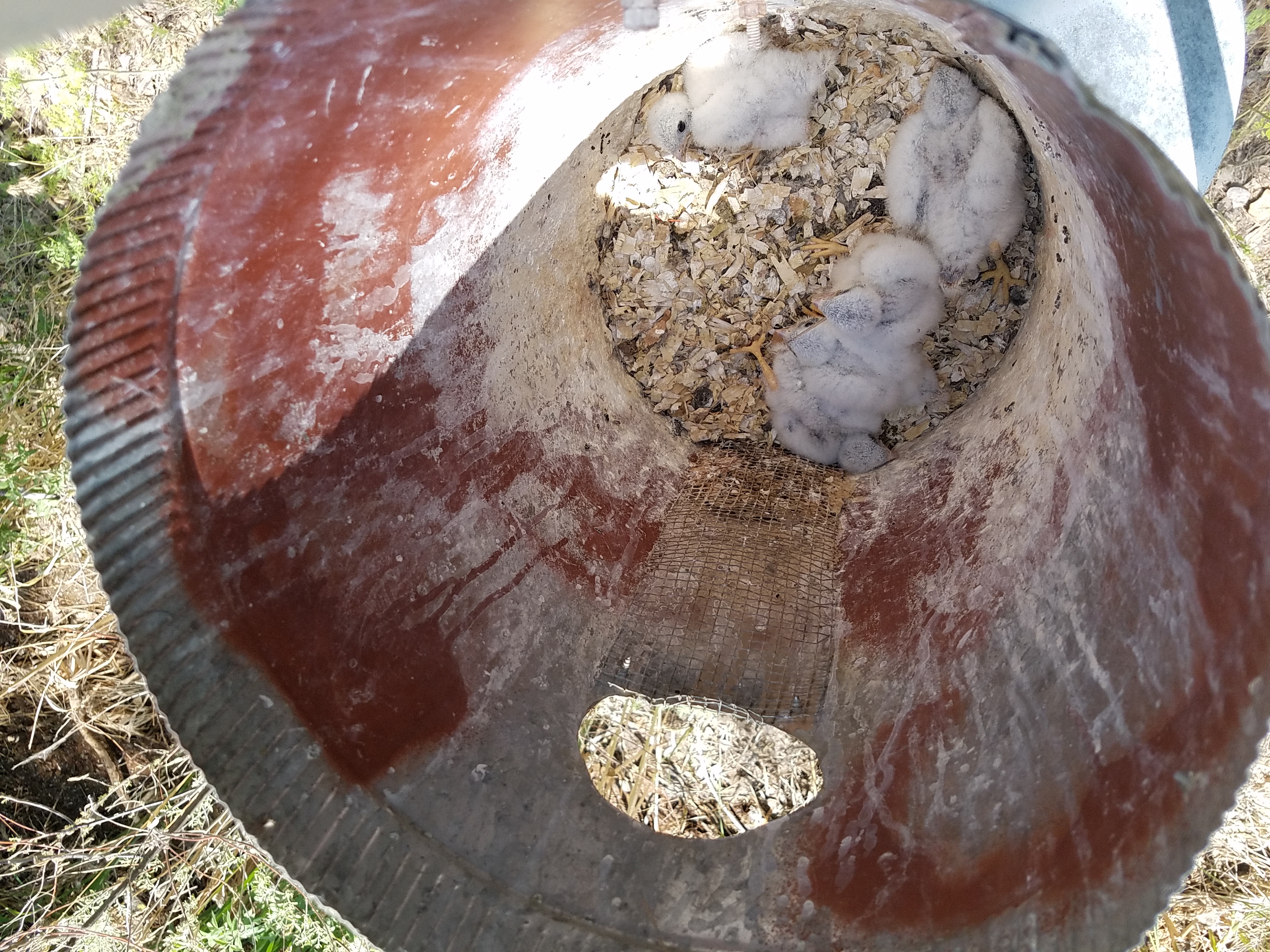 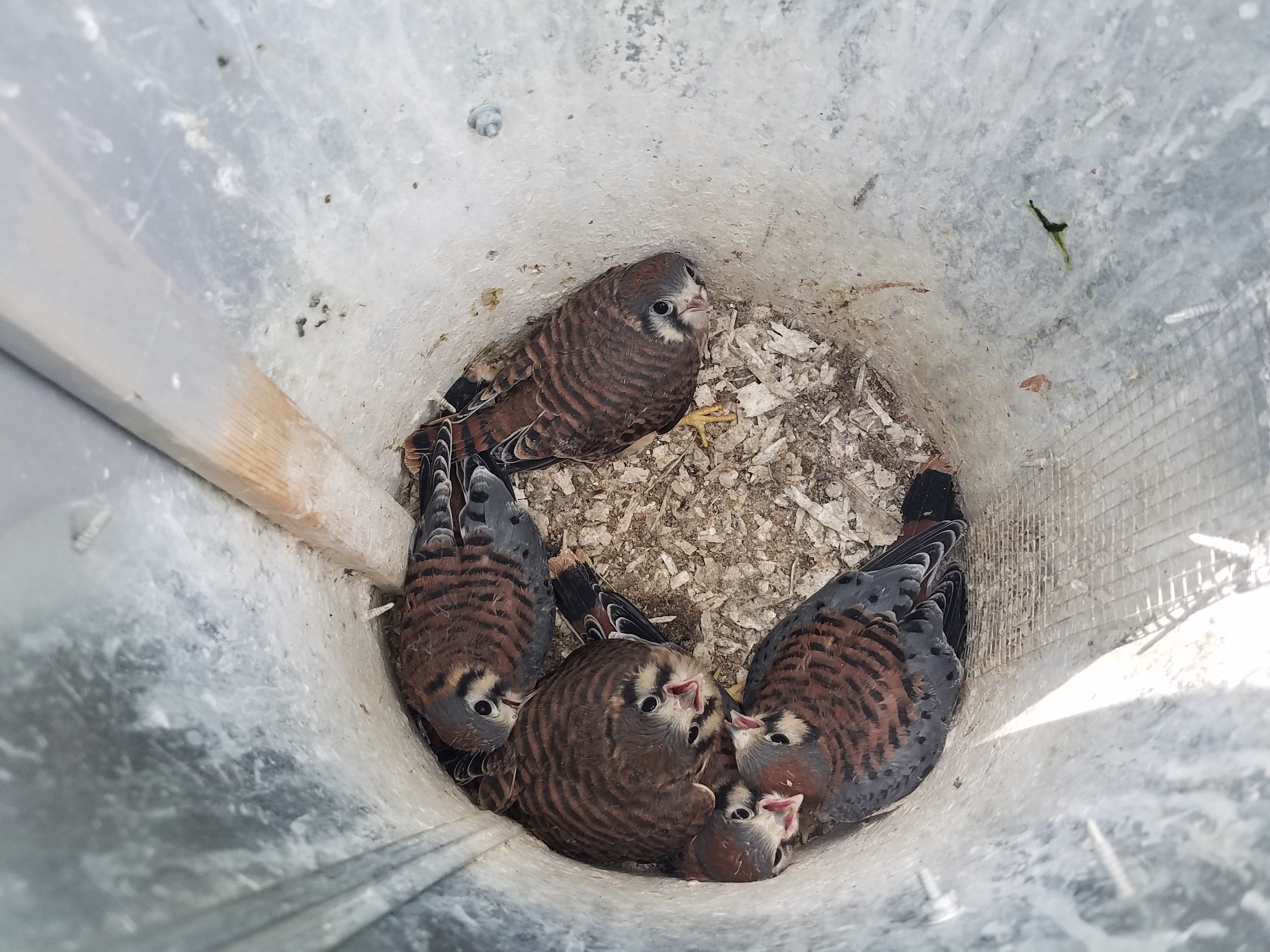 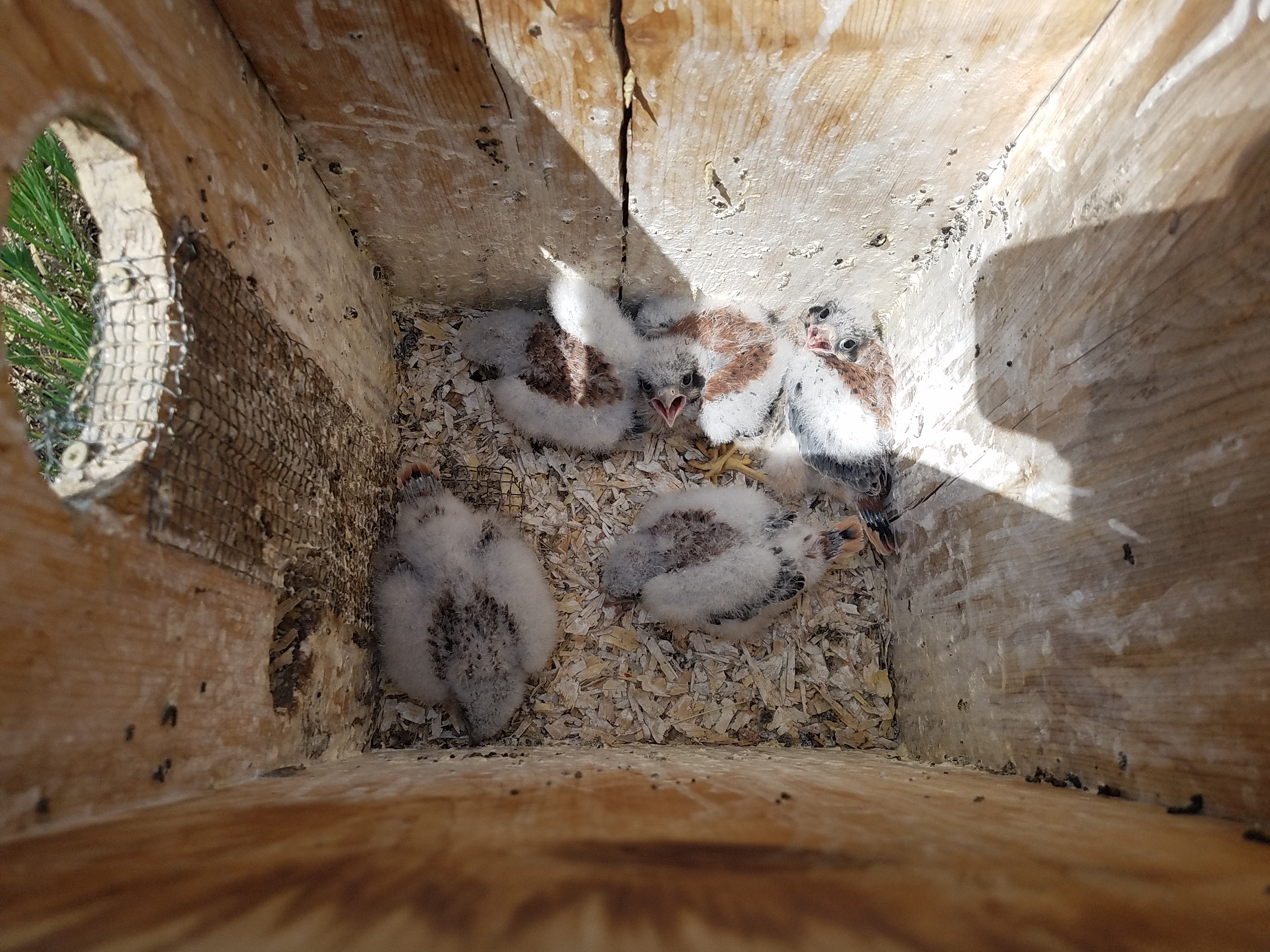 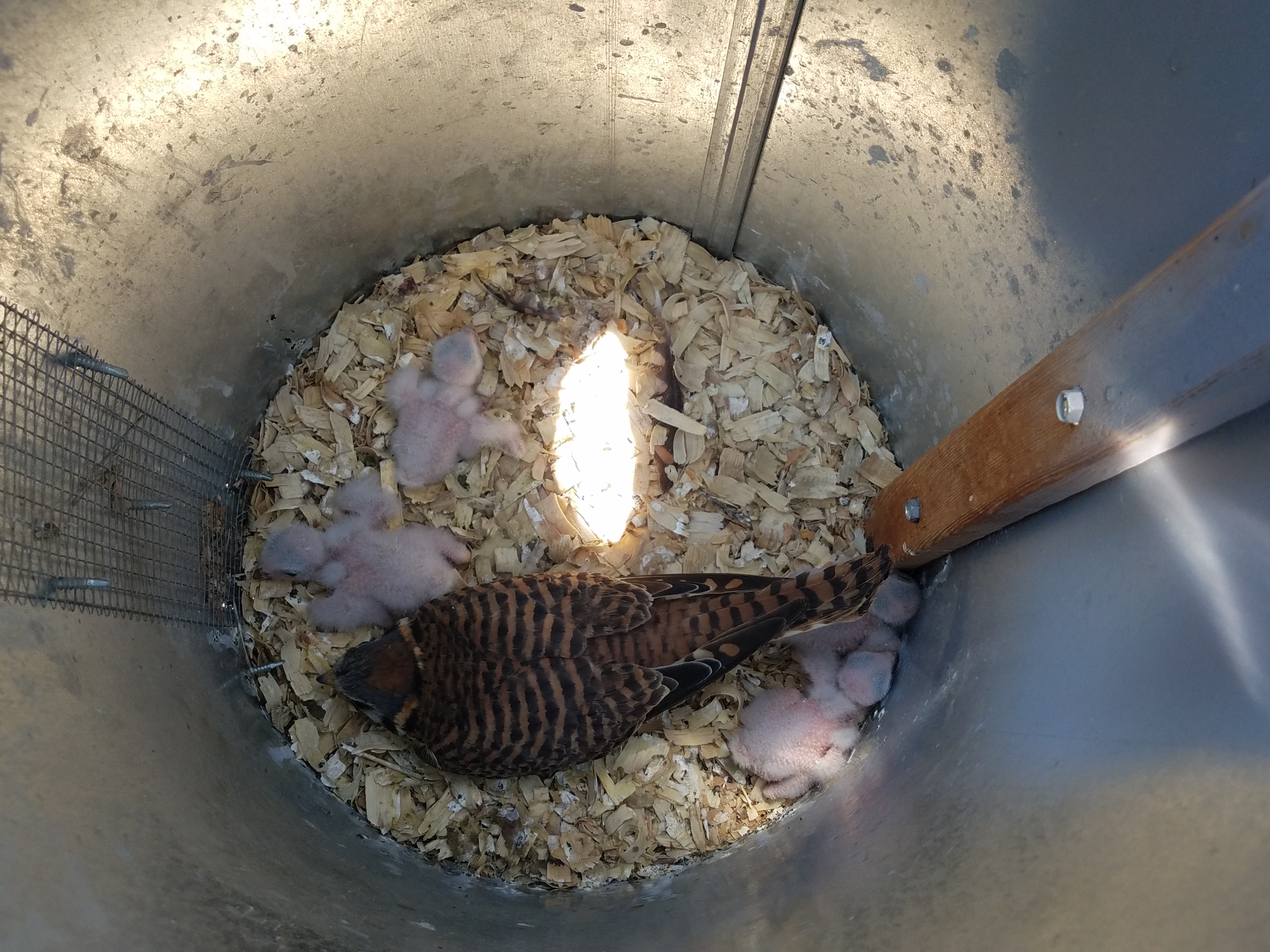 Awesome to hear that your boxes are having success yet again this year! Would you mind if we shared some of these photos on our social media pages? We'll give you proper credit.

Matthew, That is fine.  No credit needed at all. Just thought I'd toss up some current use, since metal nests are not very common. Rich